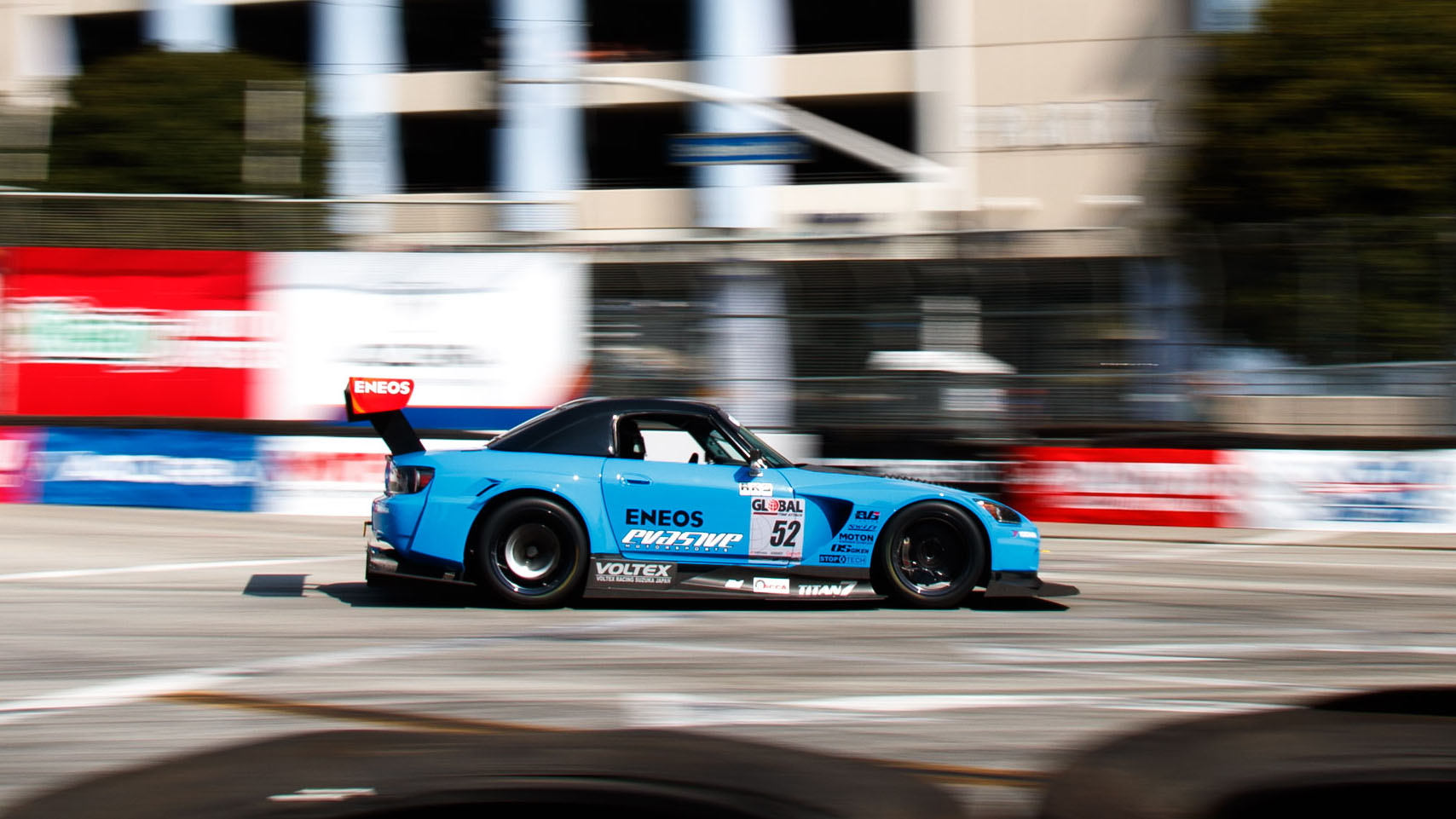 The Long Beach Grand Prix Circuit is known for its street layout, featuring long straights, 90-degree street turns, a tight U-turn and a roundabout–all in a single lap. The last time a time attack event was held at the LBGP was in 2008.  Evasive Motorsports competed with the EVO IX during that event. This year, Global Time Attack brought the event back once again to the streets of Long Beach.

Debuted at SEMA 2018, the EVS2-V4 S2000 has since been the talk of the S2000 community. Featuring the visually-striking and race functional Voltex Circuit Version III Widebody kit, chassis-mounted wing, the S2000 is powered with a custom HKS GT Supercharged Toda Stroked 2.35L Motor.  Since then, we’ve added Motorsport-Spec Air Jack System by AST Suspension to allow quicker setup adjustment. Stoptech Big Brakes have been added all around, and an Accusump System to prevent oil starvation and sudden oil pressure loss. Titan 7 wheels were swapped from our Tesla Model 3 project for a wider track.

Unfortunately, we experienced mechanical issues that weren’t able to be addressed during the event. Therefore, we weren’t quite as fast as we had hope, but we were able to clock a 1:30.196, placing us 4th in Unlimited class. The 3-day GTA event was still a great opportunity for us to shake down the car and record valuable data. We have already started on fixing the issues and look forward to competed at Super Lap Battle, the finals event for GTA in November. 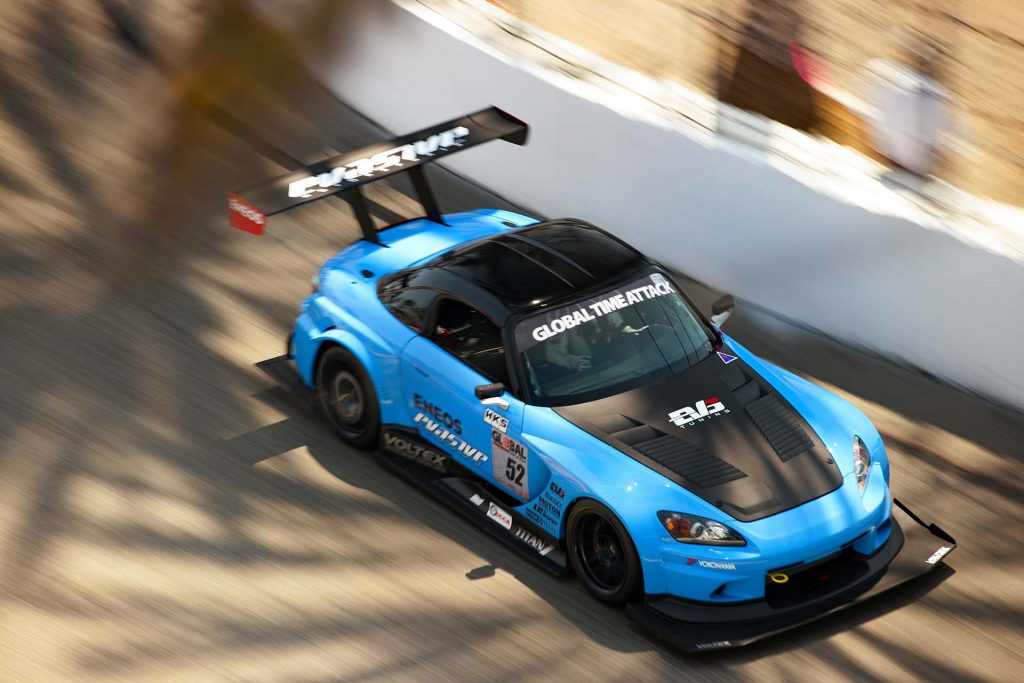 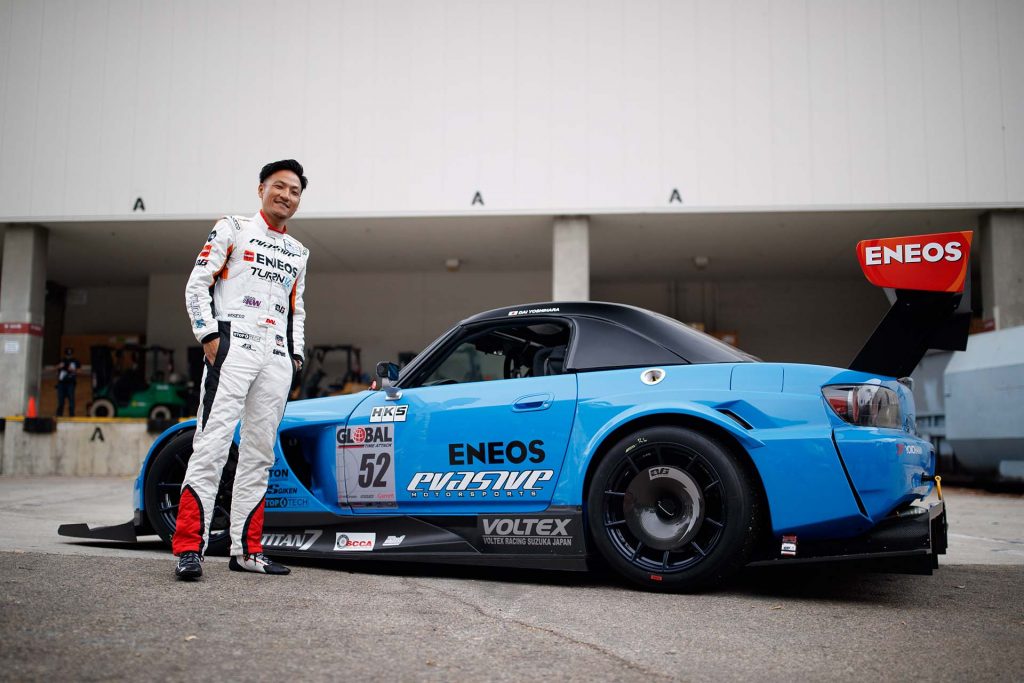 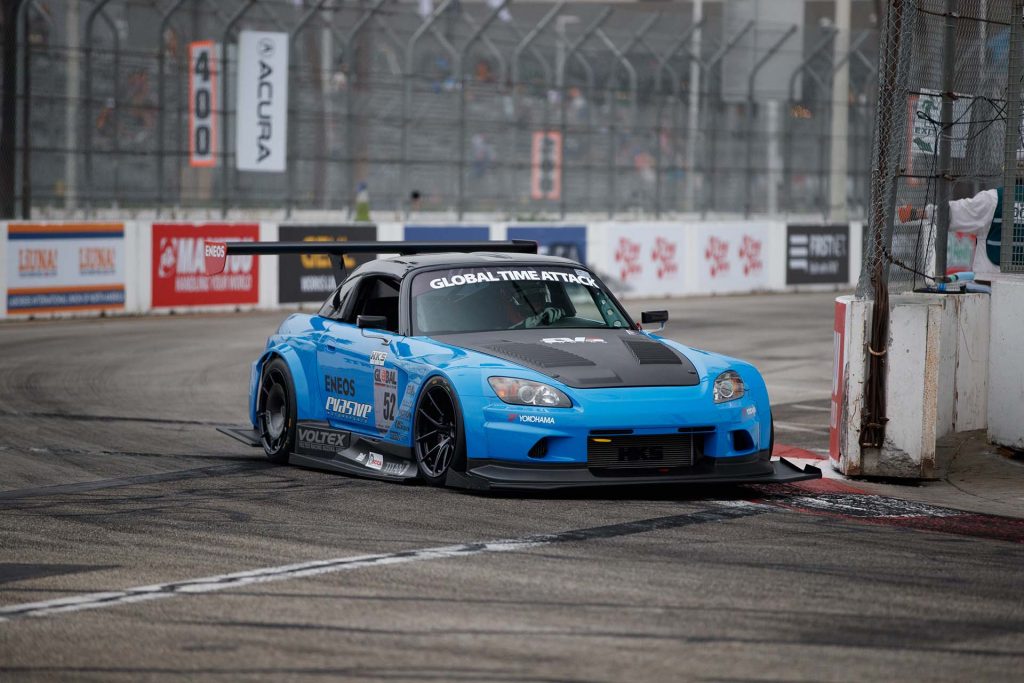 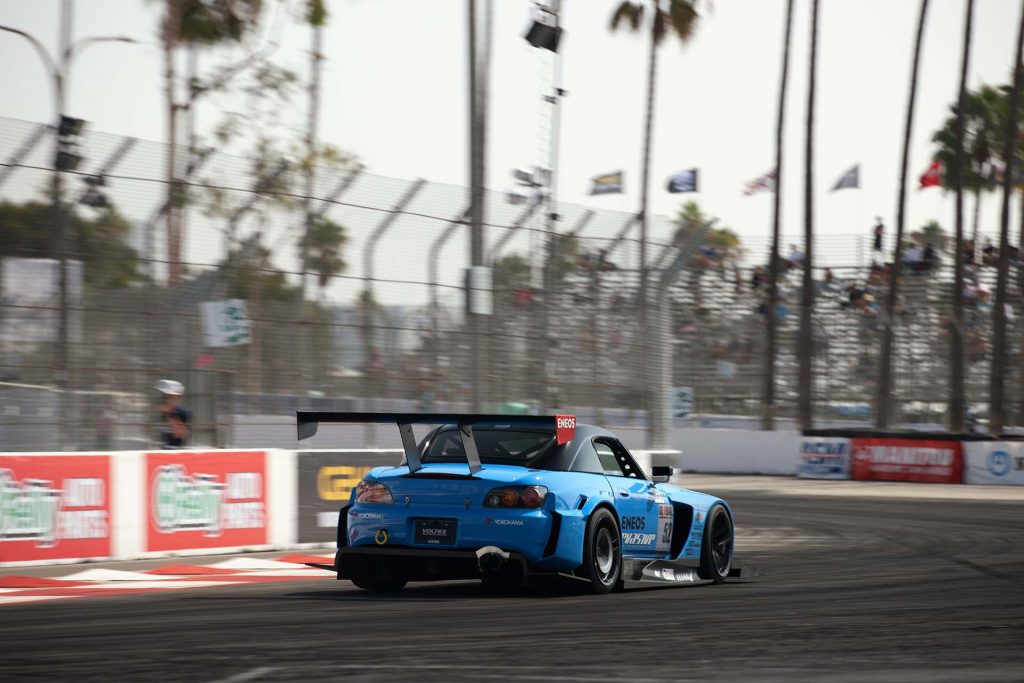 Do you like the STi with or without wing? @johnyi.